I’ve been single for a little while now and although I always thought I would look forward to being on my own, and for a time it was fine, after a little while I became more and more isolated.

It started to feel that it was no longer a choice, it was just a matter of fact.

Sometimes it can be overbearing to just be on your own.

I have an illness as well and am at home a lot at the moment, which means it can be a lot of time where I’m not in contact with other people.

I’ve lived with lodgers before and at times when I’ve felt that I needed human contact that I didn’t have I’ve considered it again.

When I came across LOLC I liked that it was specifically for lesbians over fifty. It means there’s a commonality between us, and for me, that’s a real positive as opposed to a broader group which could bring challenges.

The idea of a community whereby you can have your own home, can shut your door and you’re on your own in your own flat but at the same time you can open your door and be in the garden socialising with likeminded people; having a meal in the communal space or gardening together; or going out is an idea that I’ve found, especially in old age, would be beneficial.

I think it’s very positive that we’d be there as a unit -  independent in some ways but able to rely on each other too. 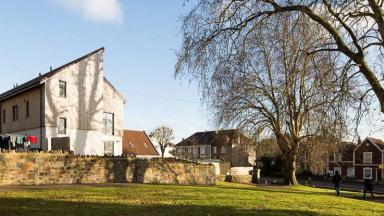 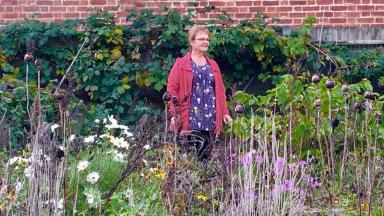 Janet Wood, 73, has lived in North London her whole life. She spent forty years in the same rented council flat until moving to a flat at New Ground Cohousing in January 2017. She has lived alone for over ten years after her daughter moved out. 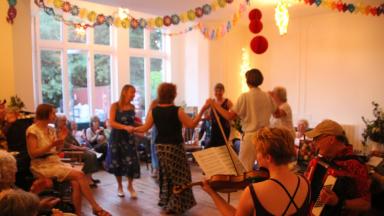 Jane, 61, moved into her flat within On the Brink Cohousing in May 2018. She has been single since she was 40 and brought up her son on her own in a terraced house in Sheffield.