Taking on the world, one community at a time

LILAC is a story of how communities can take back control and create a better way of living. One which creates a sense of togetherness, is cheaper and kinder on the environment.

Situated in Bramley, Leeds, are 20 eco-homes that were created by a group of ordinary people who believe they can play a role in tackling some of society's most serious problems.

A new blueprint for living

Financial crisis. Riots. Global warming. The founding members of LILAC felt that the world was in turmoil and they weren't prepared to be witnesses to the deterioration any longer. They started to think of ways that everyday people could heal and repair the world and the systems in it from the bottom up.

They came to focus on these three themes:

Boiled down this could be represented by three values:

The group were very clear that this wasn't just a crusade for themselves, they wanted their idea to become a blueprint for others to use, adapt and develop.

Making the dream a reality

Formed in 2006, group members realised very quickly on the need to build a professional reputation in order to be taken seriously with more conventional power-players and decision makers.

After deciding on their values, the group became a legal entity, in this case a co-operative society. They pooled their networks, got help from friends, and friends of friends to develop plans and designs. They talked to anyone and everyone that would listen about their idea to find ways to make it work. They intrigued people, they excited them, they got them on side.

So, just what was the idea?

We humans are difficult. Yes, we know we should take shorter showers, recycle more, drive less but our ability to change our habits and stick to them frankly can't be relied upon.

Here are just some of the elements and features that make the LILAC homes special:

Reducing their economic footprint too

As we've already pointed out, affordability is a vital component of the LILAC model. Being a cohousing development has helped residents to create a system based on sharing. The families share meals twice-a-week in the common house, none of the homes have a washing machine - instead there's a laundry for everyone to use. Power drills, lawn mowers, it's the same deal and residents will just head to the communal workshop.

The innovation doesn't end there

LILAC is the first fully mutual home ownership society. It's a mutual form of tenure where an individual owns equity as part of a co-op. The members (residents) each own a stake in the development, not the home itself. It's been designed to decommodify housing.

At LILAC everyone pays 35% of their net income to the co-operative society (which they are members of), which then pays the corporate mortgage to the bank. You can read more about fully mutual home ownership in our resources section.

LILAC hold regular learning events where you can find out more about their approach to living. Visit their website for more information. 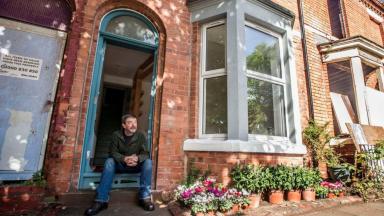 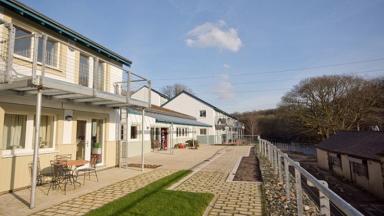 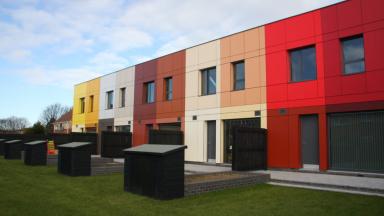 The community-controlled Goodwin Development Trust provides an array of services, including affordable housing, for the benefit of local people.