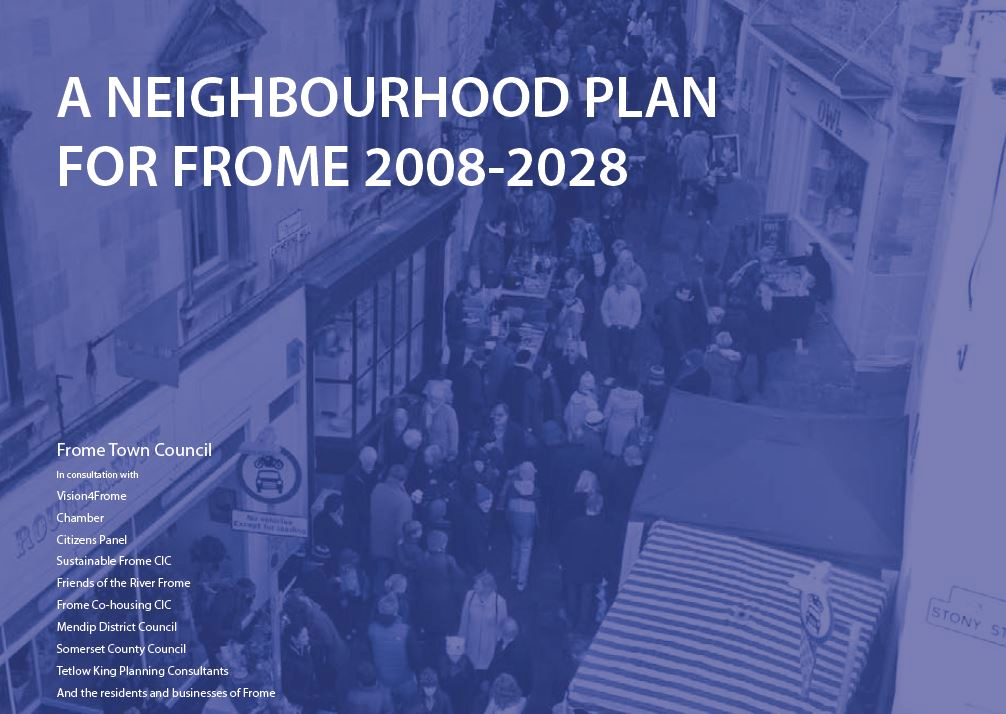 Frome is a town under pressure from developers. Its current population of around 27,000 is forecast to grow by 25% by 2028. With one of the first Neighbourhood Plans in the country to be formally designated, the people of Frome are keen to see community-led housing as a major component of this growth:

“There is a local view that recently constructed housing estates which have sprung up on the edge of the Town have contributed little of value and further development of this nature should be more rigorously controlled.

The Frome Neighbourhood Plan can be found here.